A Concise Guide to Tiles for the Homeowner

A tile is a manufactured material that’s used to cover floors, roofs, and other areas of the house. Tiles are generally manufactured by heating clay under different conditions and then placing the molten clay into various molds. The most common type of tile used today is ceramic tile, however, RD Tiling Decor offers a wide range of options including porcelain tiles. You may think that tiles are a relatively new product, but they’ve actually been around for over 25,000 years! The oldest archaeological tile find can be traced back to Dolni Vestonice in the Czech Republic. Apparently, tiles were used there to create figurines. 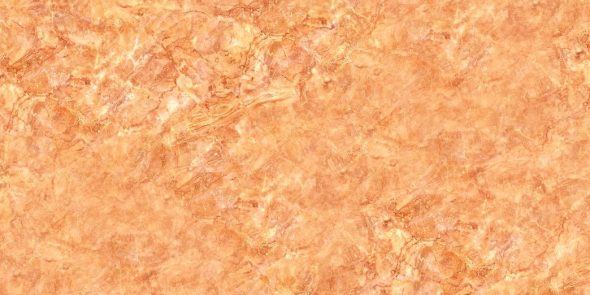 However, the oldest form of tiles to be used in homes can be traced back to ancient Egypt, where they were used in homes, palaces, and tombs around 4700 B.C. Soon, similar tiles could be found in Mesopotamia, India, and China. But the most exquisite tiles were manufactured in Egypt because they added copper to the tiles giving the tiles a royal blue look. Later, the technology was introduced to Western Europe by the Ancient Romans and to Eastern Europe by Persians. By 900 A.D., almost the entire world had some form of indigenous tiles, including native Americans. It was the Spanish who introduced European style tiles to the new world.

During the Middle Ages, the Moghal Empire developed unique floral tiles that can be seen today in the Taj Mahal. In Europe, monasteries developed new forms of exquisite tiles that they used in medieval churches. But the technology was lost in the 16th century as it was kept a closely guarded secret by monks. The same technology was then revived by the British during the Victorian era. During the 18th and 19th century, the British developed advanced methods of tile manufacturing and most varieties of tiles that we see today can be attributed to them. Herbert Minton, a British manufacturer, developed dust-pressing, which is the most common method used for manufacturing tiles today.

Today, the global market for tiles is valued at $76 billion and is projected to reach $178 billion by 2024. In the U.S. alone, over 2.5 billion square feet of tiles was used in 2015. While ceramic tiles dominate the market, other forms of tiles have also started capturing larger market shares as material technologies advance. Let us look at some common forms of tiles and where they can be used.

Ceramic tiles are manufactured using natural clay by first heating and then cooling the clay. Other minerals are added to the tile to create different kinds of textures or colors. They are durable and can be used in areas of high foot traffic in the house. Ceramic tiles are generally used indoors in bathrooms and kitchens, but there are other places ceramic tile can be used effectively.

They are manufactured using high-quality clay at very high temperatures. They are usually thicker than ceramic tiles, and they can be used outdoors as well as indoors. They are suitable for use in gardens and patios.

Granite is a hardy igneous rock that’s used for kitchen countertops.  The tiles created out of granite are used in homes that face a wide range of temperatures during the year, i.e. really high temperatures during the summers and very low temperatures during the winters. Each granite rock is unique and therefore each batch of tiles is also somewhat unique, providing homeowners the ability to differentiate their homes. You can really get creative with different tiles in your kitchen. Get inspired with this kitchen design gallery on housetipster.

While wood floors are great, they are also high maintenance. An alternative is to use faux wood tiles which provide the look and feel of wood but are actually durable tiles. These tiles can be used for flooring, and interestingly, also as wall-covering material. It should also be noted that they are increasingly growing in popularity among homeowners owing to their look as well as durability.

They are a unique form of tiles. No two travertine tiles are the same, which is why they can provide one-of-a-kind look to the home. They are sourced from areas near hot springs and are a type of limestone. However, since they are naturally formed, the color variations are limited in these kinds of tiles.

So, those are the five main types of tiles that are currently popular among homeowners. Tiles have been around for a long time in human history. They are hardy and provide both decorative and supportive role within homes. Newer forms of tiles also provide the flexibility to replace natural flooring materials such as wood. Hopefully, the information above will be able to help you understand where tiles come from and which ones to use for your home.